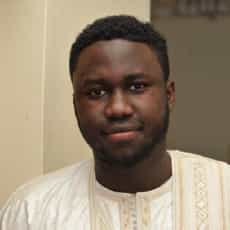 For beginners, the Angular CLI is tantamount to a few commands that help them kickstart new Angular projects quickly like ng new, ng generate, ng serve, etc. But for experts, the Angular CLI is much more than just a scaffolding tool. Rather, it’s a set of tools that can improve the productivity of your development teams, the quality, and the performance of your Angular applications.

In this first article, we are going to take a look at the Angular CLI, the problems it solves and how to start building Angular applications with it.

What is the Angular CLI?

The Angular CLI is the official command line interface used within the Angular ecosystem. Its goal is to make it easy to build high quality Angular applications.

The Angular CLI is a complete toolkit for Angular development that provides you with a way to quickly scaffold a new project via ng new, generate code from predefined blueprints via ng generate, update existing code via ng update, and add some frameworks support to an Angular application via ng add.

It also takes care of the build process of your projects (ng build), and gives you out of the box:

Thanks to the CLI, the development experience with Angular is fantastic, and getting started is easy. But, before using the Angular CLI, we will need to install it. Let’s learn how!

To use the Angular CLI, you must have the latest active LTS version of Node.js—currently version 10—installed in your computer. If you don’t have Node.js installed, see instructions here.

If you are on Linux or MacOS environment, I recommend you to have a look at Node Version Manager (NVM)—a tool that makes it easy to switch between different Node.js versions on the same machine. On Windows, checkout nvm-windows.

To verify your installation of Node.js, run node -v in a terminal window and check that the displayed version is greater than 10.9.

Node.js comes with npm—Node Package Manager—that we will use to install the Angular CLI in our machine. To do so, open a terminal window and run the following command:

Once you’ve successfully installed the Angular CLI, it will be available to you as the ng executable on the command line.

To verify that you’ve correctly installed the CLI, run the following command in a terminal:

This should output the version of the Angular CLI you’ve installed as well as some other information like the version of Node.js you’re using and your current operating system. 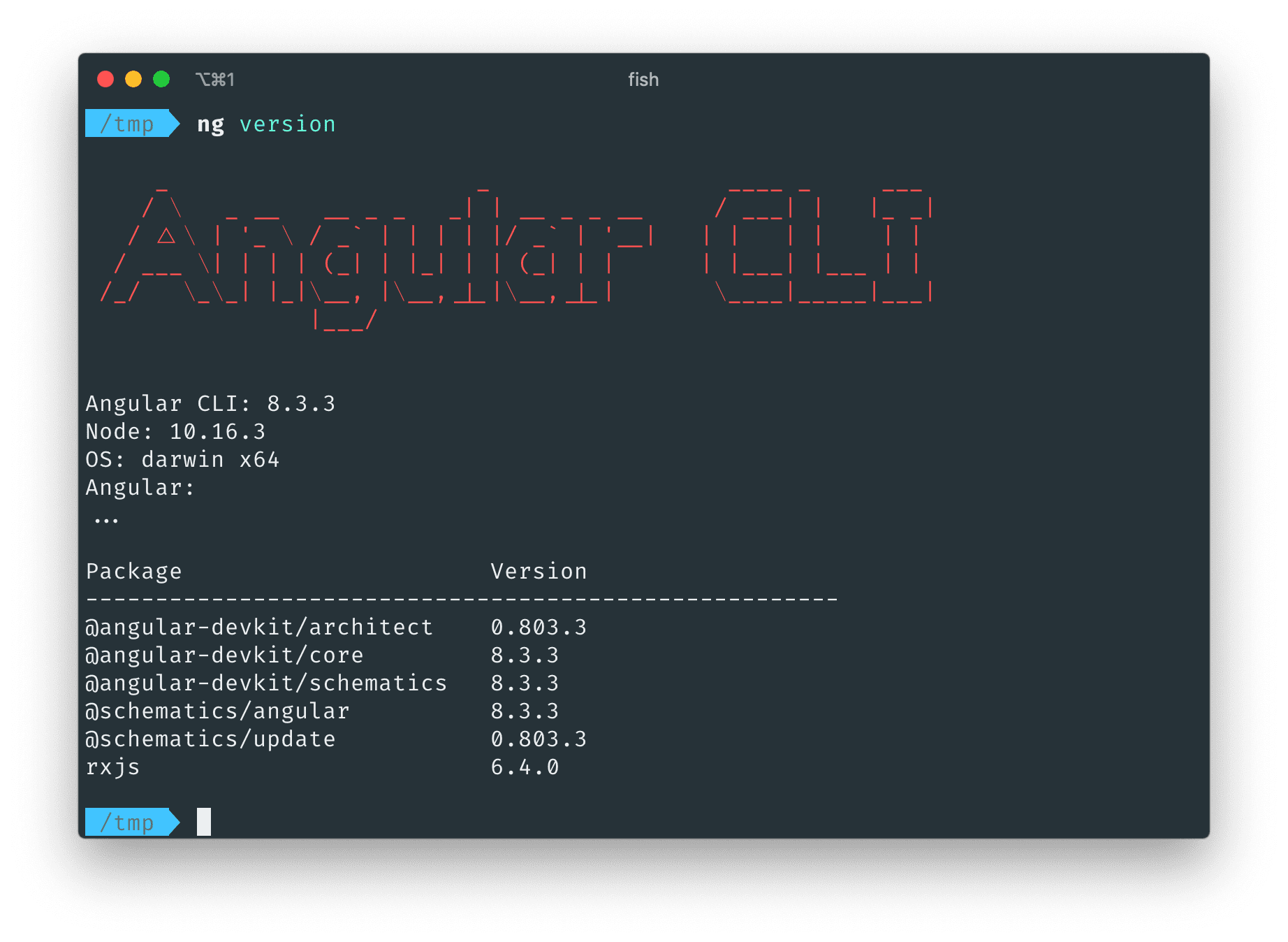 We are now ready to explore the Angular CLI. Let’s get started!

To create a new Angular project, we use the ng new command:

This command will create a new Angular project for you once you’ve answered the following questions:

The ng new command has scaffolded a new Angular project with all the necessary files and installed all the dependencies needed for Angular development.

You can now cd into the my-app directory and launch your newly generated project in the browser by running the following command:

Head over localhost:4200 in your favorite browser and you should see something like this: 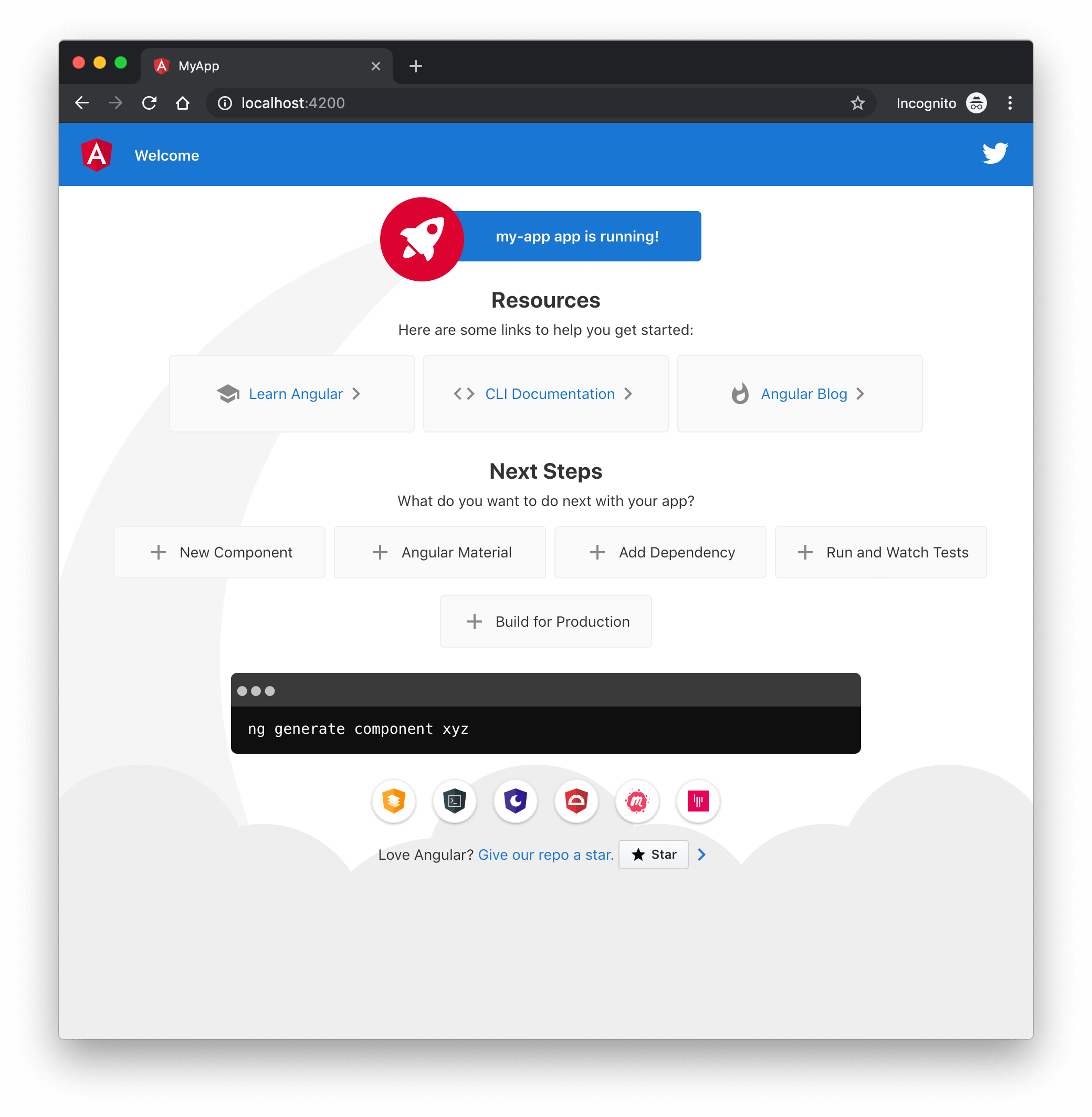 Congratulations! you’ve successfully developed your first Angular application. That’s all it takes to get started with the Angular CLI: two commands 😉.

This is cool, right? But in real life, you’re not building a “Hello World” application. In the remainder of this article, we will see how you would initialize a real world Angular application.

Getting Help From the CLI

Before we get started, I want to point out that you can pass some options to most of the Angular CLI commands. The most important option is --help to get some help for the CLI.

Similarly, we have a command that lists all the available commands and their description:

As you can see, there are a lot of commands. Many of them take similar arguments and options because they accomplish similar tasks. So it’s not important that you remember them all. Instead, focus on the mental model of the Angular CLI and you will master the most important commands and options. This will help you understand why some Angular CLI commands work the way they do.

The Architecture of the Angular CLI

To understand the architecture of the Angular we can take a look at two core sets of problems it solves.

There are a lot of concepts involved in a full-featured Angular application: modules, components, services, directives, pipes. Do you generate all that code by hand?

What do you do when you want to add an external framework to your Angular application? You open the documentation of that framework and follow a long list of boring instructions? Tired of repeating the exact same steps for your multiple projects?

Many Angular libraries authors provides a way to set up their library by running a single command:

The Frontend landscape evolves very fast. So does Angular. How do you keep up with the fast release cadence of Angular?

All the above commands (ng new, ng generate, ng add, ng update) have something in common: they apply transformations to our code base either by producing new code or by modifying existing code. These commands are called Schematics Commands.

Before we ship our code to production we need to make sure that it is free from defects by having a great test suite. For web applications we generally write unit tests and end-to-end tests. Testing by itself is hard. But you know what? The most difficult part of testing is the setup.

The Angular CLI got us covered with two commands for testing:

How do you enforce that all developers in a project follow the team’s coding standards? Do you wait for the code review to discover these kind of problems? No you set up linting as part of your development process…

While developing an application, we don’t want to deploy it to a production server every time we make a change because this is counterproductive. Instead what we want is to be able to run our code locally in the browser and see changes instantly.

Wanna deploy easily deploy your Angular applications to your preferred hosting platform? Once again the Angular CLI got you covered with:

All the above commands resolve around the development process (ng serve, ng test, ng e2e, ng lint), and the build and deployment process (ng build, ng deploy). They are called Architect Commands.

There are two other architect commands that we didn’t mention ng xi18n, and ng run. We will learn more about the ng run command in an upcoming article.

How the Angular CLI solves these core problems?

Now that we understand the architecture of the Angular CLI, we can focus a little bit on the commands.

Scaffolding a New Angular Project with Routing and Sass—ng new

Let’s scaffold a new Angular project again! This time, we will enable routing and use a CSS preprocessor. You can use run ng new without any options and you’ll be prompted the same questions as before but we can avoid this extra step by passing options directly to the ng new command like this:

This tells the Angular CLI to use Sass, the most popular CSS preprocessor out there but you can select your preferred stylesheet format among css, sass, less, and stylus. This will also automatically set up routing in our Angular application.

--routing is equivalent to --routing=true. Similarly, you can use --no-routing for --routing=false. All options that take boolean values behave similarly.

The ng serve command will build your Angular app in memory and spin up a web server that runs your Angular application in development mode. Under the hood, the Angular CLI uses Webpack to compile your code, and the Webpack Dev Server as a web server with live reloading functionality which means that if you change any of your source files, your Angular application will automatically reload in the browser. With the --open flag, the CLI will automatically open localhost:4200 on your default browser once the compilation is done.

Once you’ve a skeleton of an application, you’ll want to add more features, hence more code to your project.

To do that, you use the ng generate command and you pass it the “schematic” you want to use for the code generation. Schematics are the blueprints used to generate code. There is schematic for pretty much every Angular concept like services, directives, pipes, and so on:

Let’s see some examples of the generate command in action!

Modules play a crucial role in an Angular application. The official style guide recommends to create one module for every cohesive block of functionality and the CLI makes it easy to do so. The above command will:

The test command will run all our unit tests with Karma in watch mode.

This command will lint our code. In addition, try to automatically fix any linting error thanks to the --fix flag.

This will generate a production build with many great optimizations like:

In this example we end up with an artifact size of approximately 764KB. It’s way better!

In this article, we’ve just scratched the surface of what is really possible to do with the Angular CLI. The Angular CLI is probably one of the most important tools in our possession as Angular developers and mastering it will make you more productive and help you build better Angular applications.

In upcoming blog posts, we will be diving more into the underlying tools that power the Angular CLI like workspaces, schematics, and architects. Stay tuned! 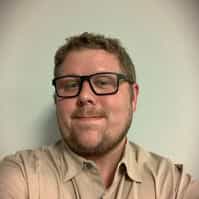 Let’s explore the key differences between the OnInit lifecycle hook in A...

Angular has many Pipes built-in - but they only take us so far and can b...

Amadou Sall is a Frontend Software Engineer from Senegal 🇸🇳 based in Toulouse, France 🇫🇷. He's passionate about web, and mobile technologies, and currently specializes in Angular. Amadou works for Air France-KLM where he helps developers build better Angular applications. He regularly speaks, presents, and writes about Angular and its ecosystem. You can find his blog at www.amadousall.com, and follow him on Twitter at @ahasall.