Coupon BF40 at checkout for our biggest discount ever. 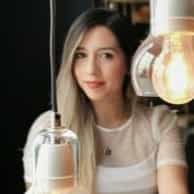 In CSS we have a lot of keywords to describe physical position: left and right, top and bottom. Let’s take the next image for example: 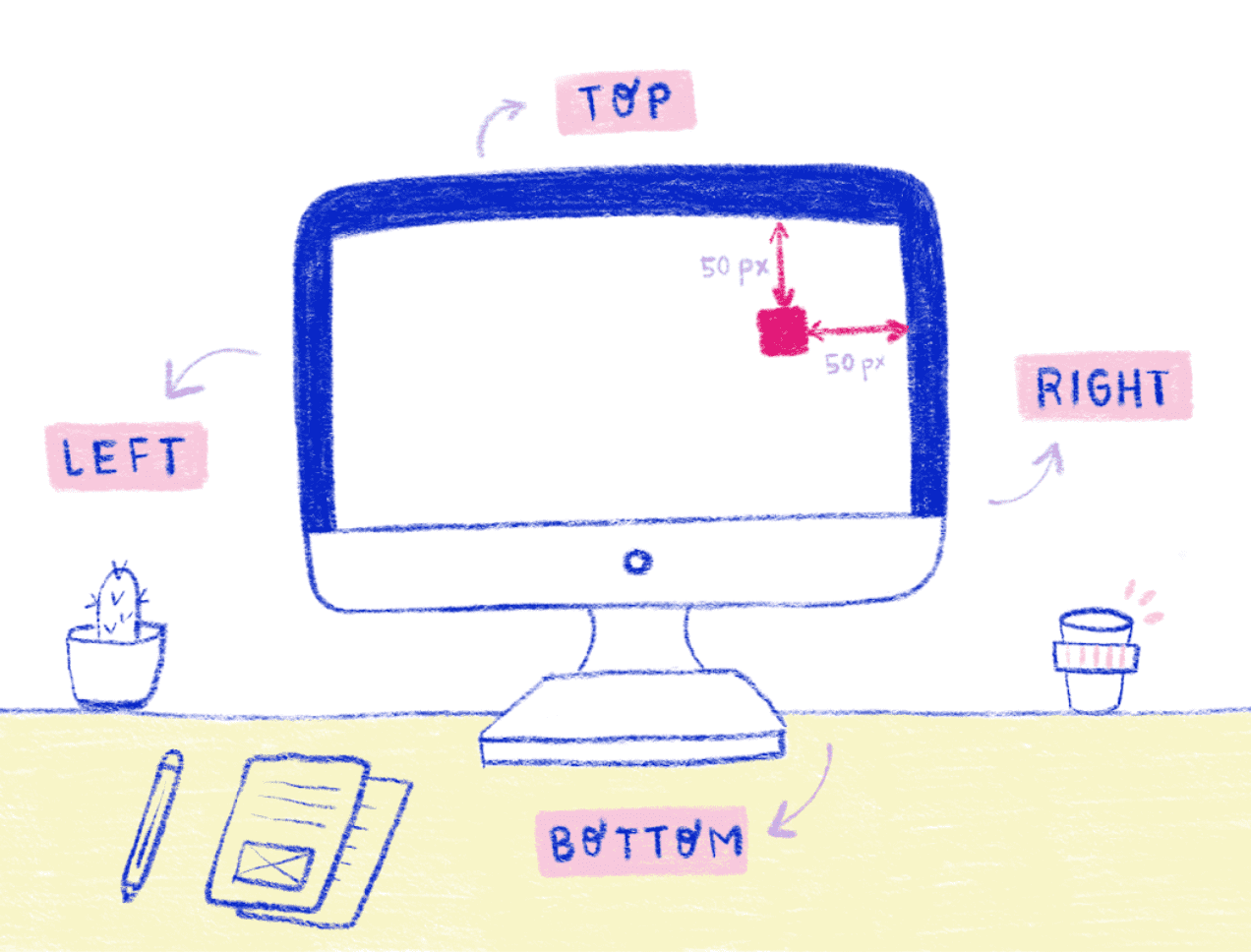 If we want to move an element on the screen we would use a container with a relative position, the element with absolute position, top 50px and right 50px.

But, of course moving an element is not the only thing that we want to do, we also need to work with other physical properties such as: margin-top, border-bottom, padding-left. These properties come naturally when we are working in an english writing system.

For us, the origin in a web page is top-left, because we write from left to right. But, have you ever thought about how our layout would look in a different writing system? in a different alphabet?

For example, in Arabic, Hebrew and Persian, they write from right to left, and the origin of their screen is top-right. So, what you would see on the left side in english writing mode would be on the right side in these writing modes. Consequently, working with physical properties can become a problem if we want our webpage to work in many languages.

I just mentioned the words “writing modes”, but I want us to look at how this specification works and what we can gain from it. These writing modes can help us better understand CSS Grid and the work involved in creating a web page in a new language.

The writing modes affects both the organization and the directionality of our layout, so the writing mode is the first building block of each design that we create. CSS is able to support many different international writing systems:

Systems that write from left to right

Such as the Latin’s. This is the most commonly used writing system in the world today, with more than two thousand five hundred million users.

Systems that write from right to left

Such as Arabic writing systems- This is the second most commonly used alphabet around the world. It it used in many languages around the middle east, Asia and Africa.

Systems that are Bidirectional

These are a combination of Latin and Arabic alphabets.

Systems that are vertical

Such as Asian characters.

Because CSS support all these languages, there are 5 posible writing mode options.

This property can be applied to all elements except the following:

A writing mode in CSS is determined by the properties of:

It is mainly defined in terms of it is: So, let’s look al it in CSS words. If you have work with CSS before, you might be familiar with display: block and display: inline.

If we are in the default writing mode, we will see that by using display:block all the elements will be placed vertically from the top to the page to the bottom. This will be the block flow direction.

Now, if we use display: inline we will see that the elements are placed side by side from left to right. This will be the inline base direction which indicates how we read and write. Both block and inline concepts will help us understand the CSS Logical Properties ahead.

Let’s take a look at some examples for different values:

horizontal-tb is the inicial value. The text is displayed from left to right, with a block flow direction from top to bottom. Both the writing mode and the typography mode are horizontal.

The text is displayed from top to bottom, with a block flow direction from right to left. Both the writing mode and the typography mode are vertical.

The text is displayed from top to bottom, with a block flow direction from left to right. Both the writing mode and the typography mode are vertical.

The text is displayed from top to bottom, with a block flow direction from right to left. The writing mode is vertical, but the typography mode is horizontal, and the symbols are placed on the right side.

The text is displayed from top to bottom, with a block flow direction from left to right. The writing mode is vertical, but the typography mode is horizontal, and the symbols are placed on the left side. Everything shown in green is the supported version but in some versions of Firefox, Chrome, Safari, etc, the color red indicates it is not supported yet. Another consideration is that some versions need a prefix like -webkit- or -ms- to be able to use the writing mode property.

Another important property of writing-mode is direction. The direction property defines how inline content (such as characters in a paragraph) flow on the screen. It can have two values:

A new approach to layout

Before, we used physical positions to build layouts but more recently, we have started using a new approach to building layouts: Flexbox and CSS Grid.

Let’s take a deeper look into Flexbox and the logic involved.

Flexbox, does not take into account physical dimensions such as left, right, top, and bottom. It uses values like flex-start and flex-end. These values rely on the direction of the main and cross axes which we use in Flexbox. This is better because concepts like “start” and “end” are relative in Flexbox and can easily be flipped.

Here we have an example of Flexbox in action:

The first thing that you need to do to create this example is define the container with display: flex. By default, all the elements are placed side by side from left to right in an english writing system. If we need the elements to be placed vertically, we need to add another property to the container: flex-direction.

We need to keep in mind that Flexbox is a single-direction layout concept. That is, the elements can be placed in horizontal rows or vertical columns. For this reason, flex-direction has four different values:

This is the real beauty of Flexbox and this is the beginning of the logical concepts in our layout. The justify-content property can take five values:

But, let’s focus on the first to: flex-start and flex-end. In this example you can see that start and end concepts change depending on the writing-mode property.

After Flexbox, the most powerful layout system available in CSS appeared: CSS Grid. CSS Grid is a two-dimensional system created specifically to solve the layout problems we’ve been hacking for a long time.

CSS Grid doesn’t know left, right, top and bottom. Basicly, CSS Grid follows the same logic as Flexbox. You can define the position of Grid items with properties such as grid-row-start, or with named grid areas using the grid-template-areas property.

Similarly to Flexbox, CSS Grid also has logical properties instead of physical ones. Let’s take a look at one example:

To get started, you have to define a container as a grid with display: grid and set the column and row sizes with grid-template-columns and grid-template-rows. To place the children into the grid, we need to define each element with:

or use a shorthand:

The way of thinking in CSS Logical Properties

A very important them in CSS is the Box Model. We are used to the Box Model shown on the left side of the next example this is not wrong, it is still correct; but in order to use the CSS Logical Properties, we must stop thinking in terms of: left, right, top and bottom and replace them with: inline-start, inline-end, block-start and block-end. You can see this change in the second box model. Now, we return to these two concepts: block and inline. When we work with Logical Properties, we start to understand the block and inline axis. As we shift to this way of thinking our layout begins to make more sense. Now, our logical properties will be like the list shown below:

The next is and example of margins. In this case I used margin-block-start property and we can see how it changes when writing mode changes. You will want to keep your eye on the space between the blocks.

The next is and example of paddings. Again, you can see how padding changes when writing mode changes. The container here is shown in dark purple and the child is represented by the white dots. The dark purple outside of the white dots is the padding.

Just like writing-mode, the compatibility is important. And again, some versions need a prefix. In conclusion, we need to think of ways to create webpages that are accessible for everyone. Thinking in terms of Logical Properties is a good practice when creating a webpage with multiple languages.

Writing the best CSS when building with HTML5

Let’s become HTML agnostic. HTML agnostic means to use as little HTML in your CSS (or none). The key factor here is to avoid becoming markup relian...